The world we live in today most people work, to make money, so that they can buy food. When people are homeless, jobless and hungry, they will do anything to get money so that they can buy food, even turn to crime. Currently the sad situation is that a lack of money turns good people into criminals. More and more people face harsh conditions finding themselves without work and without hope of survival in the future.

During March 2013, police in the USA acted on the instructions of a bank that foreclosed a food store, to prevent hungry and homeless people from taking the food put out on the sidewalk by the disgruntled store owner. The police stood by, preventing the people from taking any, while the food was loaded on to trucks and taken to a landfill. The video clip can be viewed here:

This is the kind of behaviour that will eventually make police officers realise that they are working for the ‘devil’ while oppressing their own fellow human beings.

Food is so expensive that the little bit of money people have available hardly keeps them sustained. Bad diet leads to bad health and an unhealthy mental attitude leads to bad decisions. This is the spiral of social degradation that is clearly visible in the world today.

In many parts of the world the governments are removing people from their land, where they grow food to sustain themselves. These removals are maliciously premeditated, to force people to work for money, to keep the bankster corporations in control.

The production of food, together with the supply of water, are the very first activities that need to be implemented in every town, to make each community self reliant on its own food supply as quickly as possible and give everyone back their dignity as human beings.

We must not underestimate the attempts by Monsanto and other GMO giants to take control of our food supply. They will do everything they can, to stop communities from achieving self sufficiency in food supply.

Self sufficiency in food supply will make such towns highly desirable to live in and they will experience a rapid flow of people from the overcrowded cities. It is also the catalyst that will start the domino effect, causing the neighbouring towns to adopt the same way of life. Because it will not take long before all the people from the neighbouring towns start buying all their goods from the town where all these goods are available at a fraction of the price, compared to their own town – which still operates on a normal capitalist system.

It is important at this stage that the community not “fall” into the temptation of becoming a profitable and capitalistic enterprise. The Council of Elders must be mindful not to increase prices or jeopardize the UBUNTU Contributionism principles for the lure of money.

These activities will allow all the people to live well in the town/community, needing very little money, if any. Very soon the people will realise that they hardly use any money at all while at home in their own community. The real spending applies only when people travel and they have to interact with other towns or buy items not available in the UBUNTU town. As part of the phased approach, it is imperative that the following projects are implemented with immediate effect.

· All possible support must be given to the farmers to produce as much organic non-GMO food as possible for their own community and other communities in their area.
· Utilise the idle municipal land and reach agreements with farmers to use their land in the surrounds for all agricultural activity.
· Establish a communal dining hall as one of the first projects to gain the confidence of the people. To show that this is not just another empty promise by the government. Provide one good meal a day for the hungry, the homeless and those out of work and all those who cannot afford food. Especially the orphans and the aged.

· But to qualify for a meal, the people have to do 3 hours of community work per week, towards creating the meals. I am not talking about hard labour or slave labour or even child labour. Those are expressions closely associated with a capitalist system where people and children are exploited. There are many things that children and the aged can do for the community that are linked to learning new skills while providing a diverse number of benefits to their community. Even some cultural activities create products for the community. The aged can contribute their experience and knowledge in almost every area. The number of meals provided to such participants will increase as the system gets refined and can provide the extra meals.

· Utilise one of the empty municipal buildings in town to create a functional kitchen with tables and chairs and get some of the jobless people with the right skills to do the cooking. This can eventually escalate to 2 and 3 meals a day when the community projects have become really productive.

· The funds for the kitchen can come from the recycling of the rubbish dump, the agricultural activity by the community, the income from selling the long list of products and services by the self-sustained community, and also the interim community account that is controlled by the Council of Elders on behalf of the community. Remember that during the initial stages there will be money going into the community trust account every month instead of disappearing into the bottomless coffers of the municipality.

· A community bakery must be upgraded to bake a large number of breads every day to provide all the people with bread at a low cost. Not just the boring government loafs, but all kinds of nutritious breads that can also be sold at the farmers’ market, restaurants and ‘exported’ to neighbouring towns. Those that contribute will get free or very cheap bread, based on the situation of the community.

· Dairy for production of milk, cream, butter and cheese. This can become a very lucrative part of the first phase towards self sustainability.

· Free-range chickens for eggs and meat.

· Growth tunnels for vegetables and herbs all year round.
· Bee hives and bees, to pollinate the plants and trees and provide honey. Each bee hive can produce an average of 15 – 30 kg honey per year.

· Fruit, nuts and citrus orchards – will also have many spin-off products.

· Fish breeding – an average size fish farm can produce millions of trout, bass, catfish and other fish in the dams and abandoned factories/farms, for consumption by the community and for selling to neighbouring towns.

· Bottled water from the natural springs to sell on the open market to distributors and also passers-by on the freeway.

· Experts in each activity can advise on how large that sector should be to provide enough for everyone and comply with the 3-times production principle.

· These are just some of the most obvious activities that can to be implemented to create a self sustained community with food related produce.

· The production and supply of food to the community will provide a good model for understanding of how to implement the same in other sectors of industry and manufacturing.

Join the UBUNTU movement – become a seed of consciousness. 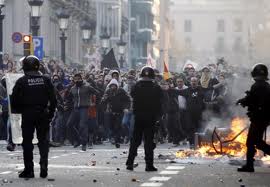 FUKASHIMA RADIATION THREAT TO US ALL: Roundup of articles –add yours